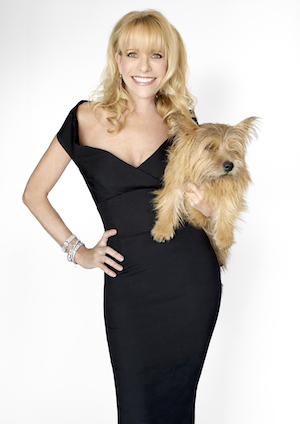 Elizabeth Mason founded The Paper Bag Princess, Vintage Couture in 1992 followed by the release of her first reference book, The Rag Street Journal, The Ultimate Guide to Shopping Thrift Across North America; Published by Henry Holt.

The boutique specializes in rare designer vintage evening and cocktail fashions with a flare for exuding pure glamor, and sensuality.

She appeared on Oprah with her book The Rag Street Journal, in an episode Are Your Rich and You Don’t Know it, searching for hidden riches in homes across America. She has also appeared on numerous other Style and News programs such as The Today’s Show, Jane Pauley Show, E!, and Access Hollywood just to name a few.

She released her second reference book in 2002, Valuable Vintage, The Insider’s Guide to Identifying and Pricing Important Vintage; Published by Random House.

She has lectured extensively, most notably at NYU, UCLA Anderson School of Business, The Royal Ontario Museum, The Bata Museum, and the Beverly Hills Women’s Club.

She expanded her original West Hollywood boutique in 2004, to Beverly Hills where she catered to the special demands of a very select global clientele.

After over a decade in Beverly Hills, Mason moved The Paper Bag Princess in 2017 to Melrose Avenue in Los Angeles and quickly became the cornerstone to the thriving important vintage fashion industry there that serves the Fashion, Film and Music industry, as well as catering to a sophisticated global collector and wearer’s market.

It would be difficult to think of a celebrated contemporary fashion designer who would not consider The Paper Bag Princess their inspiration secret weapon.

The Paper Bag Princess offers an unparalleled design archival research department, VIP Couture/Museum Salon, and a library of fashion books, and sketches, all of which are available for industry inspirational rentals.

Mason opened her namesake design Atelier, Elizabeth Mason Couture in 2006. Her eveningwear and cocktail designs are created in the rich tradition of fine French Couture, culling their inspiration from her vast Couture Archives which heralds back to early uber-sexy Silver Screen goddesses.